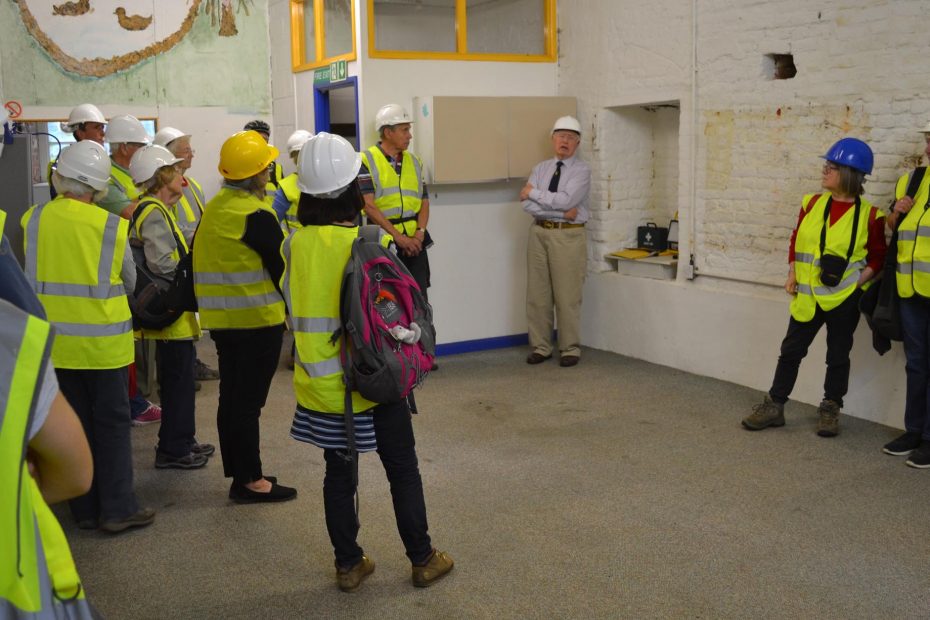 A group of about twenty visitors from the Council for British Archaeology South East visited Otford on Sunday 9th June 2019.  They spend the morning at the dig on the Roman Villa on Castle Field and, after lunch, were given a talk and tour of Otford’s Hidden Palace.  Cliff Ward spoke on the history of the Palace and Nick Rushby outlined the Trust’s plans for the future.  A few members of the group then visited Otford’s Heritage Centre to study the model of the Tudor Palace.