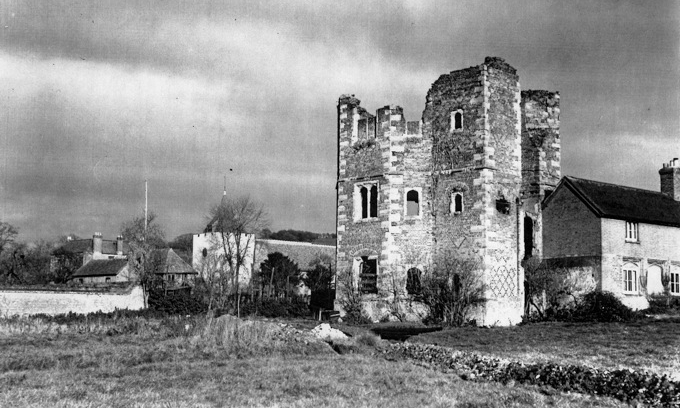 After Henry’s death, the Palace fell gradually into disrepair.

In his book A perambulation of Kent, written in 1570, Lambarde wrote: “whereof the olde hall and chapelle onely doe one remaine.”  By the 17th Century it was largely a ruin.  Wilson quotes Hasted (1797) in his History of Kent stating that “in my time there were two towers, a well and part of an outer court.  The towers had been two stories high but the larger of them, which was covered in lead,  falling in, the Chief Baron took down the upper story of each.  The palace itself was situated abotu ten rood behind the above ruins, more to the southward, but of this the only marks are vast heaps of rubbish and foundations which cover near an acre or ground”