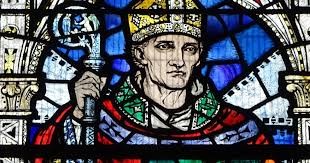 He was an academic Franciscan monk known for his lectures and support for the Sixth Crusade. Pope Gregory IX forced him to accept the appointment as Archbishop of Canterbury. He combined a gentle personal temperament with a strong public stature and severity towards King Henry III in defence of Magna Carta and in general of good civil and Church government and justice. This created hostility and jealousy from the king, and opposition from several monasteries and from the clergy of Canterbury Cathedral. He died in France at the beginning of a journey to Rome in 1240. He was canonised in 1246 six years after his death.