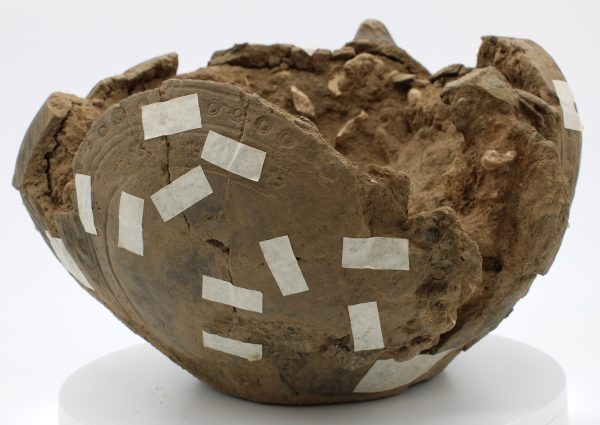 Anglo-Saxon funerary pot excavated in the Charne, Otford in 2022.

This Urn was excavated by ODAG during a Watching Brief on the construction of an extension to the rear of the post-war semi-detached house, part of a Local Authority inspired housing development on a former meadow adjacent to the flood plain of the infant River Darent, immediately West of the ancient village, successor to at least four Roman sites.

Adjacent to the house we encountered a number of Roman stone walls together with the Urn and its contents.

The Charne (The OED’s nearest is “ ’charnel’ 1.a burial place, cemetery, charnel house. (obs.)”, whereas I wondered if it related to ‘cairn’ the Gaelic for ‘a heap of stones’, but that would take us back to pre-Roman times!), is a gently sloping site on riverine deposits which was identified on an early O.S. map, as isolated rocks, some 3km distant from the nearest Ragstone deposits to the south, and during the original building works on the field, a R.B. barn was discovered and subsequently excavated by Col. G.W.Meates, of Lullingstone fame.

At the same time a new porch was being constructed next door at No.21, but ODAG was denied access to the minor excavation.  Subsequently, we learned that another neighbour had earlier encountered substantial stone walling under his rear lawn, but again, there was no access.

ODAG’s report will be published when the urn has finally been excavated and the fabric stabilised – delayed until “the dust finally settled”.  We have not yet pursued the original provenance of the Urn.

At the time of the original Charne development a single Anglo-Saxon cremation was recovered from No.19, so it is not unlikely that a small pre-Christian Anglo-Saxon settlement and associated cemetery was established on the earlier villa site, possibly within its walling. In 821 an estate, presumably then owned by the Kentish Royal Family, was gifted by King Cenulf to the Archbishops of Canterbury.  This was the site of the Archbishop’s Palace.

The object comprises the body of the pot and a collection of pieces of the rim.  The pot probably contains cremated human remains, but this has to be confirmed. 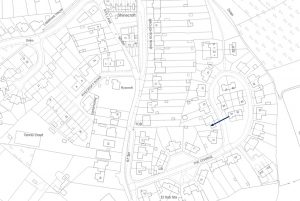 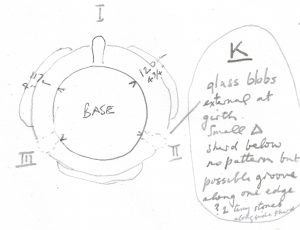 A virtual model of the pot is available here.  Click on the link to download the model and then use the mouse to rotate it, or zoom in and out.

Note: The item image is only a holding image.  Further details to be added to this entry in due course.