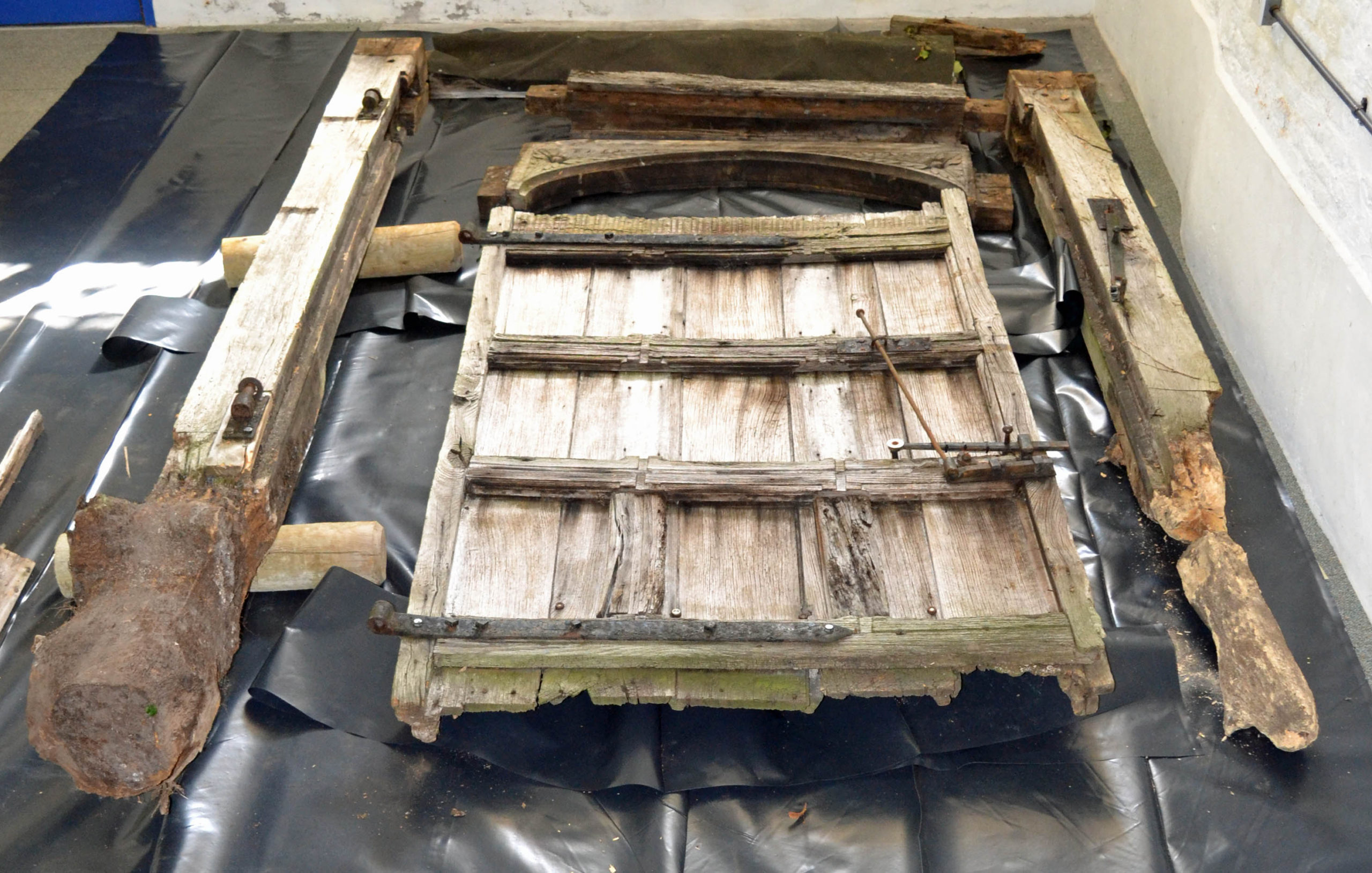 Oak door believed to have come from Otford Palace. For many years it was used as a garden gate, just past the end of the garden at Colets, the imposing house to the East of the Pond. Its original location is uncertain: various suggestions are that it came from Eltham Palace (a long way), The Chantry (but it’s rather large for that house), a Tudor house that once stood on that site (a similar objection of size) – or Otford Palace (the most likely origin). Neither is it clear how long is has been used for this purpose. It may have been placed there when the Palace was robbed for building materials in the 18th Century. Constructed of oak, it has withstood the ravages of time reasonably well!
The Archbishop’s Palace Conservation Trust concluded a deal with the owners of the Tudor door whereby, in exchange for a new gate of the same size, this piece of our heritage has been acquired by the Trust with the intention of restoring it, and finding a place for it in the North West Tower. Precisely where, has yet to be decided: it is a challenge for the architects! The huge gateposts are almost as interesting as the door itself. The original builders squared off the part of the post that would be visible above ground, but presumably saw no point in continuing that work to the part below ground. That is visibly part of an ancient oak! 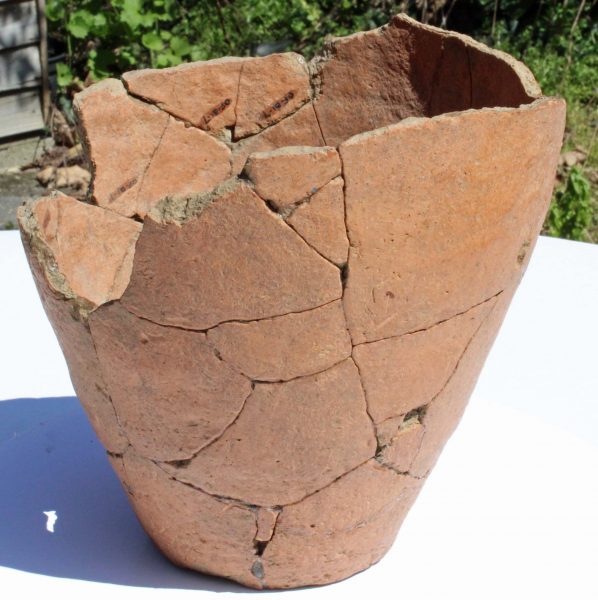 Percy Pilcher and the Hawk