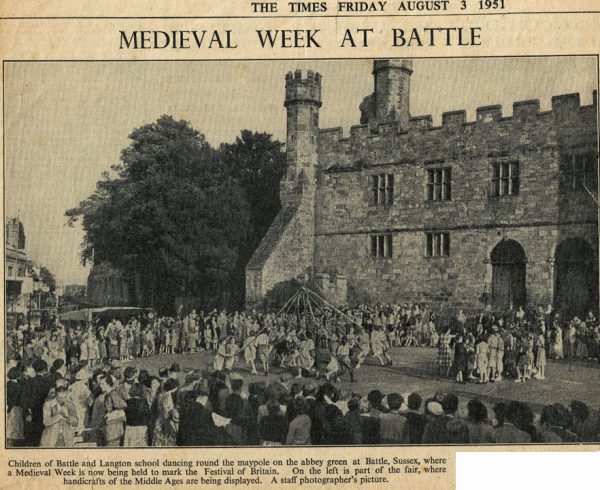 Children of Battle and Langton school dancing round the maypole on the Abbey Green at Battle, Sussex, where a mediaeval week is now being held to mark the Festival of Britain.  On the left is part of the fair, where handicrafts of the Middle Ages are being displayed.  A staff photographer’s picture